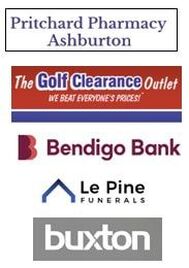 There are three Par 5 holes, seven Par 4 holes and eight Par 3 holes. The north boundary of the course is Gardiner's Creek. Scotchman's Creek joins Gardiner's Creek virtually separating the front and back nine holes. Most greens are bunkered, with the creeks and additional water hazards located throughout the course.

​We conduct twice weekly 18 hole competitions. Tuesday fields in the order of 50-60 players are common, whilst Friday entries usually range from 30-40. Tee off on both days is from first light until all are away, to suit the obligations of the Course Managers to the public and other user groups. There is also a separate 9 hole competition played on Tuesdays for those members who are getting older or are recovering from injury or illness (see below). A Thursday competition is also held commencing at approximately 10:30 am.

Members are encouraged and expected to attend the Club rooms on Tuesdays after the game to foster friendships and gain first-hand knowledge of any announcements and information for the members. In addition to the presentation of winners' trophies and a generous quantity of ball prizes for both Friday and Tuesday competitions, there is an Almoner’s Report, clarification of Rules and social function updates. Thus a limited involvement based on “Play and Go ” is not part of the culture of our Club.

Normal intra club playing days are either Stroke, Stableford or Par competitions. Other formats such as 4 Ball Best Ball (4BBB), Ambrose, Super Par & Chapman Pairs also are featured throughout the Program.
There is an annual Match Play Championship for 32 qualifiers.

Furthermore, the Club regularly plays at other courses such as Waterford Valley. There is an annual trip away to a course such as Rich River on the Murray River.

In short, Members are fully challenged with a variety of golfing formats developed by the Match Committee within the disciplines of established playing Protocols.

​The club provides a 9 hole competition played on Tuesdays for those members who are getting older or are recovering from injury or illness. Tee off time is approximately 7.15 am for the first group of four followed by groups as designated by the Marshall. The group plays the back nine holes of the course from the 10th tee. On most Tuesday’s there are between 15 and 20 players teeing off. The 9 holers have a representative on the General Committee of the Club.

The Group plays a stableford competition each week. Each 9 holer is given a handicap which is established based on a modified performance formula. Each week there is a nearest the pin.
Annually in March the group plays a championship consisting of 3 weeks in a row. The winner of the championship will be presented with the Dan Webb Memorial Trophy. The overall player of the year will be awarded the Masters Nine Holer Champion Trophy.
After each week’s round the group meets to present the golf balls allocated to the day’s place getters, discuss the days golfing highlights, and to socialise over coffee and biscuits. 9 holers are very welcome to participate in all other Club functions.